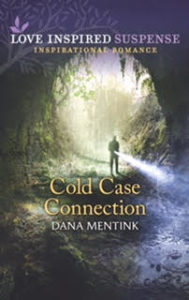 Convinced his sister’s death wasn’t an accident, private investigator Sergio Ross is determined to catch her killer. But with all the clues hinting at a connection to another unsolved murder, he has to join forces with Helen Pike—a woman linked to both deaths—to find the truth. Can they follow the cold evidence trail to get justice…before they become the next victims?

Another fantastic romantic suspense from Dana Mentink! This is book 3 in the Roughwater Ranch Cowboys series but can be read as a stand-alone (I highly recommend the other books in the series as well). The suspense in the plot is strong and well played out as Sergio searches for the one responsible for his sister’s death. As the deceased sister’s best friend, Helen feels responsible and does what she can to help Sergio figure out the truth. Sergio starts out as a bitter and hardened man but softens up considerably to Helen as they get to know each other. Helen is a tender but strong-willed manager of the ranch who doggedly searches for the answer. The romantic thread between Sergio and Helen is well-done and Sergio’s twin nieces add a dimension of cuteness to the story. Sergio’s bumps and mistakes in parenthood as he goes from carefree bachelor to overnight caretaker and father of two are so real, funny, and totally relatable. There is also a good faith thread and a lesson on forgiveness and letting go of vengeance.
If you’re following along in the series, you’ll get some extra love by being able to catch up with Liam, Mitch, and the rest of the crowd from the previous books.
Dana Mentink has to be one of my favorite Love Inspired Suspense authors. I can’t wait for the next book where we’ll learn about Chad and his stoic ways.
I received a copy of the book from the author/publisher via Celebrate Lit Tours and was under no obligation to post a positive review. All comments and opinions are solely my own. 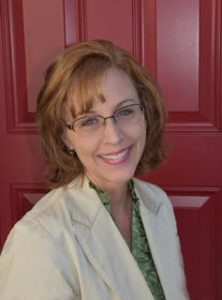 Dana Mentink is a two time American Christian Fiction Writers Carol Award winner, a Romantic Times Reviewer’s Choice Award and a Holt Medallion winner. She is a national bestselling author of over forty titles in the suspense and lighthearted romance genres. She is pleased to write for Harlequin’s Love Inspired Suspense, Harlequin Heartwarming and Harvest House. Besides writing, she busies herself teaching third grade. Mostly, she loves to be home with Papa Bear, teen bear cubs affectionately nicknamed Yogi and Boo Boo, Junie, the  nutty terrier, and a chubby box turtle. You can connect with Dana via her website at danamentink.com, on Facebook, YouTube (Author Dana Mentink) and Instagram (dana_mentink.)

Cold Case Connection was really fun to write because it’s Helen’s story. She’s an intelligent, sensitive woman who is the sister to the men living on the Roughwater Ranch. Liam is her biological brother, but she’s just as close to Chad and Mitch who might as well be blood relatives. In this novel, Helen has to relive the worst moment of her teenage life, the night when a mysterious murder occurred during a teen prank. Helen is going to have to face the past in order to preserve her future. Cowboys, a case gone cold, a coastal ranch and a whole lot of danger…I hope you will enjoy the ride!

Among the Reads, February 14

Through the Fire Blogs, February 14

She Lives to Read, February 17

For the Love of Literature, February 18

For Him and My Family, February 18

Reading Is My SuperPower, February 19

Because I said so — and other adventures in Parenting, February 23

A Good Book and Cup of Tea, February 26

To Everything There Is A Season, February 27

To celebrate her tour, Dana is giving away the grand prize of a Mentink giveaway bundle, including a bag, a copy of the book, and an Amazon gift card!!