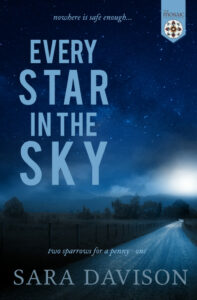 Book: Every Star in the Sky

She is willing to testify against her trafficker. If she can stay alive that long.

How many times has Detective Cole Blacksky said that to her since helping her escape the life she’d been forced into eight years earlier?

Starr desperately wants to believe him, but she knows Brady Erickson, her former captor, too well. Although Cole has promised her protective custody on his family’s remote ranch, no place on earth is safe enough. Brady will stop at nothing to permanently silence her before she ever reaches the witness stand.

And he is powerful enough to do it.

If Starr wants to help Brady’s other victims, she has no choice but to put herself in God’s hands. And Cole’s. But the longer she and Cole stay hidden, the more her life is at risk.

“I only meant that if you see her heading for trouble, warn her she shouldn’t do or say something before it’s too late.”

Ruby bit her lip. “I’ll try. But I don’t know what I’d do myself if something happened to you. What would any of us do if—?”

Starr held a finger to her lips. Her muscles clenched at the sound of thudding boots in the hallway—never a good sign. A sharp rapping on the door confirmed her worst fear. Someone was coming for her. Was it Brady? Had he somehow found out she’d talked to a cop?

Before she could move, the door flew open, cracking against the wall. Brady’s broad shoulders filled the doorway. Ruby’s fingers, still clutching hers, went cold.

As they were expected to do, both scrambled to their feet and waited in silence for him to reveal the reason for his sudden appearance. Ruby stared at the floor, but Starr studied Brady’s face. Did he know? He didn’t look angry, but, as with everything when it came to Brady, she didn’t trust that. 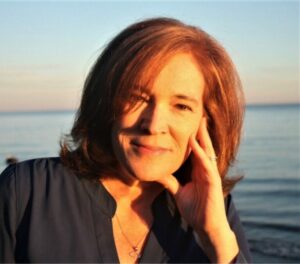 Sara Davison is the author of four romantic suspense series—The Seven Trilogy, The Night Guardians, The Rose Tattoo Trilogy, and Two Sparrows for a Penny, as well as the standalone, The Watcher. A finalist for more than a dozen national writing awards, she is a Word, Cascade, and Carol Award winner. She currently resides in Ontario with her husband Michael and their three mostly grown kids. Like every good Canadian, she loves coffee, hockey, poutine, and apologizing for no particular reason. Get to know Sara better at www.saradavison.org and @sarajdavison.