Fatal Trauma by Richard Mabry, M.D. is a 304 page novel in the Medical Fiction genre.  It was published by Abingdon Press and was released on May 19, 2015. To purchase your copy, click here. 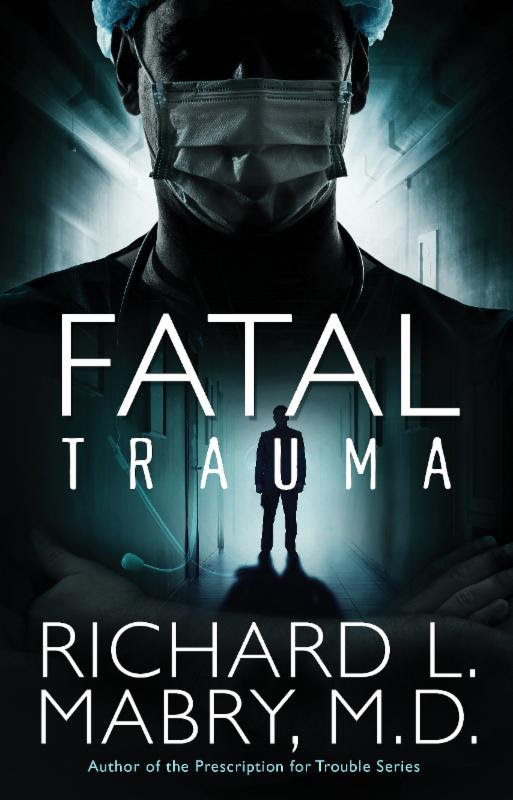 A gunman who has nothing to lose faces a doctor who could lose it all to prove his innocence.

When Dr. Mark Baker and Nurse Kelly Atkinson are held at the mercy of a dangerous gunman, the lives of every emergency room patient are at stake. At the end of the evening three men are dead. One of them is a police officer who couldn’t be saved despite Mark’s best efforts. The other two are members of the feared Zeta drug cartel.

Though the standoff is over, the killing is not, because when the drug cartel loses its members, revenge is not far behind. Facing an adversary whose desires are dark and efforts are ruthless, Mark finds himself under suspicion as a killer, yet still a potential victim. When he turns to his high school sweetheart, attorney Gwen Woodruff, for help, Kelly helplessly looks on, as she hides her own feelings for the good doctor.

At the height of the conflict, three questions remain: Who is the shooter? Who will the next victim be? And can Mark prove his innocence before the gun turns on him?

Fatal Trauma is a faced paced, edge of your seat page turner. It is obvious that the Richard has done research and knows his way around the ER.  The Christian theme is obvious and very forthright throughout the novel.

Richard knows how to write suspense and how to keep you guessing! There was a surprise at every turn and this made me want to keep reading.  There were parts that made me sit forward in my seat, anxiously waiting for what would happen next!

I enjoyed this novel. However it took me a while to invest in Mark and Kelly because the novel starts after their relationship was in progress. This made certain parts of the novel a little far-fetched, like when Mark’s high school sweetheart comes into the picture.

I give this book 4 out of 5 stars.  If you are looking for a heart-racing romance suspense novel, you will love Fatal Trauma!

Thank you to the Litfuse Chicks for a free copy of this book in exchange for my honest review.  No monetary compensation was received and all opinions expressed are my own.

A retired physician, Dr. Richard Mabry is the author of seven critically acclaimed novels of medical suspense. His previous works have been finalists for the Carol Award and Romantic Times Reader’s Choice Award, and have won the Selah Award. He is a past Vice-President of American Christian Fiction Writers and a member of the International Thriller Writers. He and his wife live in North Texas.

To enter the Simple Harvest Reads giveaway, click “Entry-Form” below:

This giveaway ends on June 10 at 11:59 PDT.
Richard is celebrating the release of Fatal Trauma by giving away The Perfect Prescription Prize Pack!

One grand prize winner will receive:

Enter today by clicking the icon below. But hurry, the giveaway ends on June 20th. The winner will be announced June 22nd on Richard’s blog.