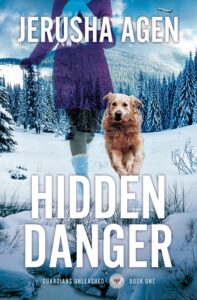 The greatest threat to this K-9 team is the one they don’t see coming.

Cora Isaksson’s guilt has shadowed her life ever since drugs ensnared her brother and he disappeared. When Bradley suddenly returns, Cora and her narcotics detection K-9 are thrust into a battle against the drug cartel that wants him back.

DEA Special Agent Kent Thomson has his own personal reasons for bringing justice to the cartel. Cora and her drug-sniffing K-9 will only get in his way. Or are they assets that will enable him to right the wrongs of the past?

When the cartel targets Cora, she and Kent join forces with her teammates at the Phoenix K-9 Security and Detection Agency to end the cartel before it ends her. They’re prepared for danger, but when more lives than their own hang in the balance, can they trust God for the rescue that’s out of their reach?

Hidden Danger by Jerusha Agen is a Christian Romantic Suspense.  It is the first book in the Guardians Unleashed Series.  I would recommend that you read Rising Danger by Agen prior to this book as it introduces many key members of the series in the Ladies of Phoenix K-9 group.  This book features Cora Isaksson and her K-9 Jana.

I fell in love with the Phoenix group in a previous novel.  I was excited to read more about Cora and her K-9 Jana.  Agen delivered an action packed adventure with realistic characters. Kent Thomson, DEA Agent, and Cora made an interesting team as they tracked the cartel that kidnapped Cora at the start of the story. I loved Cora’s faith and unique way of caring for those around her, both “good and bad”.  I Love the Phoenix K-9 group and am so excited  to read more about each of the ladies (and their dogs).This was a wonderful story that leaves me anxiously awaiting the next book in the series! 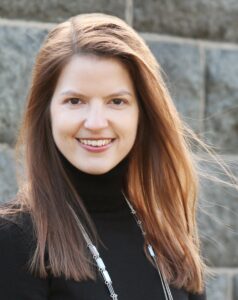 Jerusha Agen imagines danger around every corner, but knows God is there, too. So naturally, she writes romantic suspense infused with the hope of salvation in Jesus Christ. Jerusha loves to hang out with her big furry dogs and little furry cats, often while reading or watching movies. Find more of Jerusha’s thrilling, fear-fighting stories at JerushaAgen.com.

Hi, readers! Have you ever noticed how dog owners and their canines can seem to look alike? This tendency was illustrated hilariously in 101 Dalmations, the original animated movie. I had fun creating a similar match in my romantic suspense novel, Hidden Danger.

Hidden Danger features Cora Isaksson and her narcotics detection K-9 Jana who partner with a handsome DEA agent to take on a drug cartel targeting the Twin Cities and her brother’s life.

As the securities technologies specialist at the Phoenix K-9 Security and Detection Agency, Cora is known by her teammates as the sweetest of them all. Her Christian witness comes through loud and clear as she lives it out daily. But she also has an uncanny ability to understand others and show empathy—a gift that enables her to persuade and influence even hardened criminals, at times.

Cora’s perfect match is Jana. A beautiful golden retriever, Jana matches her blonde human partner’s angelic appearance and personality. Whether searching for narcotics or meeting new people, Jana exhibits an obvious joy and gentle spirit. The sweet golden retriever also seems to share Cora’s intuition and can sense the emotional needs of people. Jana doesn’t hesitate to offer a soft head to stroke or just her calming, gentle presence whenever someone needs comfort.

While Cora came to my imagination for Hidden Danger mostly from scratch, Jana was inspired by a real-life model. Before I was born, my parents got their first dog as a newly-married couple—a golden retriever puppy they named Jana.

From day one, Jana was the most perfect dog imaginable. She instantly housetrained herself and was, according to my parents’ stories, a perfectly obedient and trainable pup. The only thing she ever did that was less than desirable was chew a hole in a wall. But considering that was prompted by fear when lightning struck a radio in the room where Jana was alone, one could hardly blame her for wanting to escape.

When my parents started having children, Jana remained the ideal dog. Gentle and sweet with everyone, including a passel of babies and toddlers, Jana was a calm and comforting presence in the lives of those who knew her.

I can’t recall any memories of Jana myself, as I was very young when she passed away. But I love looking at a photo my parents have, of Jana next to me when I was a baby in a cradle. Though I don’t remember her, she left a legacy that has deeply impacted my life.

Because of how wonderful she was, my parents continued to have golden retrievers, giving me the blessing of growing up with one of the best breeds in the world. These goldens showed me how special dogs are and the incredible gift it is to love and be loved by a dog. I thank God for bringing Jana into our lives because of the legacy she left. And I’m grateful for the chance to honor her in Hidden Danger.

Because I said so — and other adventures in Parenting, August 21

For Him and My Family, August 27

To celebrate her tour, Jerusha is giving away the grand prize package of a $50 Barnes and Noble gift card, one signed copy of Hidden Danger, and book swag!!