Irish Meadows by Susan Anne Mason is a 384 page novel in the Christian historical fiction novel.  It is the first book in the Courage to Dream series.  Irish Meadows is published by Bethany House and was released on July 7, 2015 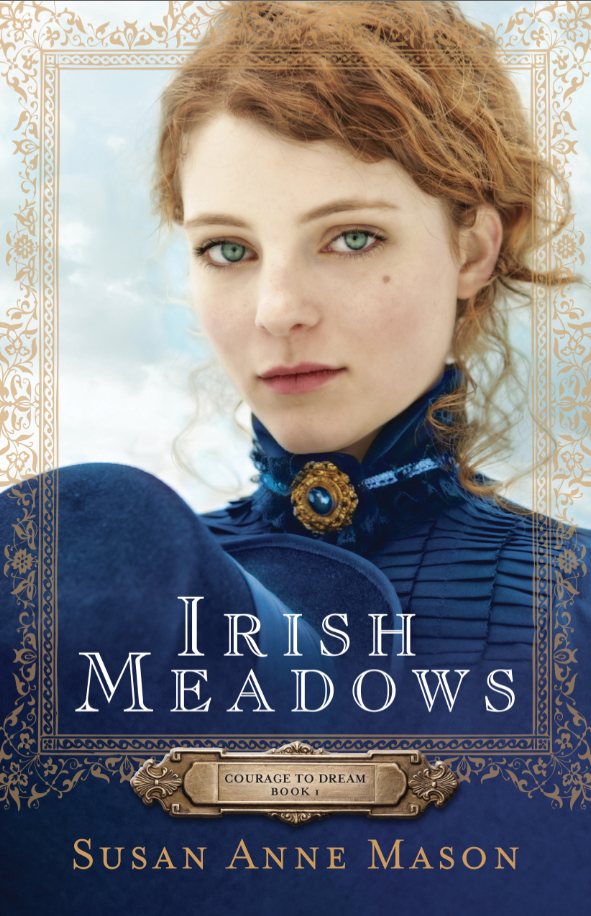 Faced with an uncertain future, sometimes all you have left is the courage to dream.

Brianna and Colleen O’Leary know their Irish immigrant father expects them to marry well. Recently he’s put even more pressure on them, insinuating that the very future of their Long Island horse farm, Irish Meadows, rests in their ability to land prosperous husbands. Both girls, however, have different visions for their futures.

As the farm slips ever closer to ruin, James O’Leary grows more desperate. It will take every ounce of courage for both sisters to avoid being pawns in their father’s machinations and instead follow their hearts. And even if they do, will they inevitably find their dreams too distant to reach?

Have you ever had someone plan your life thinking they know what is best for you? Or had your life all planned out to find that God has a different plan for you? This is exactly what the characters of Irish Meadows experience.  This book captures you from the beginning and I did not want it to end.

The historical accuracy in Irish Meadows is flawless.  I learned a great deal about history surrounding 1911; especially in regards to women’s rights.  At times this history was a little overwhelming and it could distract from the storyline.  However, it is plain to the reader the author conducted a significant amount of research and wanted to present the history as accurately as possible.

My favorite part of this story were the characters.  It was a joy to see how they grew in their maturity and their faith.  There were times I was so frustrated I wanted to throw the book, however, this makes for a good story! The characters had depth to them and although there were several characters, I could follow the story easily.  Sometimes when a story has many characters the story can get muddled.  That is not the case with Irish Meadows. Each character is well written.

I give this novel 4 out of 5 stars.  If you are a fan of historical fiction, you won’t want to miss this book!

Susan Anne Mason’s debut historical novel, Irish Meadows, won the Fiction from the Heartland contest from the Mid-American Romance Authors Chapter of RWA. A member of ACFW, as well, she lives outside of Toronto, Ontario, with her husband and two children. She can be found online at www.susanannemason.com.

One lucky winner will receive a copy of Mason’s Irish Meadows. To enter, click on the word “form” in the link below. This contest ends Friday, September 4, 2015 at 11:59 pm PDT.