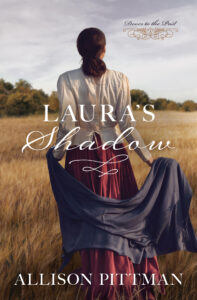 Family Secrets Spill One Conversation at a Time

Visit historic American landmarks through the Doors to the Past series. History and today collide in stories full of mystery, intrigue, faith, and romance.

De Smet, South Dakota—1890
Young women growing up in DeSmet live by two rules: don’t go out in a snowstorm and don’t give your heart to Cap Garland. Young Mariah Patterson only managed to obey one. Orphaned and having devoted her youth to scrapping out a life with her brother Charles, Mariah finds herself with no interesting suitors or means of support. Throwing caution to the wind, she seizes an opportunity to lay her feelings at Cap’s feet, even though she knows Cap sees the world through the torch he carries for Laura Ingalls. Mariah is certain her love for Cap will be strong enough to break both bonds, and she’s willing to risk everything to prove it.

De Smet, South Dakota—1974
Trixie Gowan is the fourth generation of living Gowan women residing in the sprawling farmhouse on the outskirts of De Smet. Well, former resident. She’s recently moved to Minneapolis, where she writes ads for a neighborhood paper edited by Ron Tumble. She might live and work in the city, but her co-workers still call her Prairie Girl. Thus the inspiration for her comic strip—“Lost Laura”—in which a bespectacled girl in a calico dress tries to make her way in the city. The name is a quiet rebellion having grown up in a household where she’d been forbidden to mention the name, Laura Ingalls. But when her great-grandmother Mariah’s declining health brings Trixie home for a visit, two things might just keep her there: the bedside manner of Dr. Campbell Carter and the family secret that seems to be spilling from GG’s lips one conversation at a time.

“Sometimes first love exists as a foundation for new love.”

This is not the first Allison Pittman book I have read but it feels very different from the ones I have read. I love dual timeline settings, I loved some of the books in this series, and I love the author’s writing style so this book was a no-brainer for me to pick up. I really enjoyed that the 1890s timeline and 1970s timeline combined the great grandmother’s story and the great granddaughter’s. The author’s beautiful prose is captivating.
Perhaps it’s that I am not a huge fan of Little House books but I had a bit of difficulty connecting with the 1890s plotline – a plotline revolving around the minor characters in Laura Ingalls Wilder’s These Happy Golden Years. Mariah, Trixie’s great grandmother, is one of the students that Laura Ingalls taught and life in 1890s South Dakota is told in her first person narrative. Mariah, as a young woman, is hard to understand though her tender relationship with her older brother Charles is a shining moment in her wearied and battle-scarred life. 1970s Trixie tells her tale in third person narrative and she was easier to connect with; she has great and hilarious conversations with Ron, her boss and possible love interest. It was interesting to see Mariah in 1970s as a hundred plus year old woman, grounded by faith and life experiences but still harboring loss and deep regret.

Though I didn’t necessarily connect with all the characters, I did appreciate the clever and intricate plot, the bond among the generations of women in Trixie’s family, and the author’s lyrical writing style. I received the book from the publisher via Celebrate Lit Tours and was under no obligation to post a positive comment. All opinions are my own. 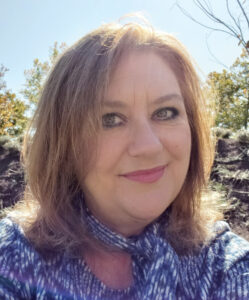 Allison Pittman is the author of more than a dozen critically acclaimed novels and a four-time Christy finalist—twice for her Sister Wife series, once for All for a Story from her take on the Roaring Twenties and most recently for the critically acclaimed The Seamstress which takes a cameo character from the Dickens’ classic A Tale of Two Cities and flourishes her to life amidst the French Revolution. She lives in San Antonio, Texas, blissfully sharing an empty nest with her husband, Mike. Connect with her on Facebook (Allison Pittman Author), Twitter (@allisonkpittman) or her website, allisonkpittman.com.

I can credit Laura Ingalls Wilder for just about every aspect of my identity. I’m a reader because I read her books over and over and over again, checking them out from my little elementary school library. I can still see them—last bookcase, bottom shelf. During the summer, I checked them out from the Bookmobile, and one magical Christmas, I received my own set. The well-worn, yellow paperbacks have a place of honor in my office: top shelf, center stage. It was amazing to my eight-year-old self that I could pick up Little House in the Big Woods, skip the dull parts, and jump straight to These Happy Golden Years in a single afternoon.

Looking at Laura’s writing now (as I often do), I realize I spent my childhood absorbing the art of telling a story. Her books masterfully string meaningful vignettes within an over-arching conflict. She creates stories-within-a-story-within-a-story whenever Pa launches into a tall tale, and minor characters come to life no matter how brief their appearance. (Aunt Docia, anyone?)

When I first came up with the concept of writing a story set in the world of Laura Ingalls Wilder, I knew I couldn’t bring Laura herself in as a character. There’s a sacredness to her story, and I wouldn’t dream of inserting myself into the cannon of her pages. But—I thought—surely she had peers who grew up alongside her, classmates who also hated Miss Wilder, young men who might have set their own cap for her, townsfolk who remembered the vibrant young woman with the button-brown eyes and dark curls. And then I pondered further: maybe there was another side to Laura—a side that she kept from the romanticized ideal skipping through the pages of her books. My first thought was to create a fictional De Smet town girl, but then…

In researching and reading Pioneer Girl, The Annotated Autobiography of Laura Ingalls Wilder, I came across a bit of information that brought the story to life for me. In These Happy Golden Years, Laura teaches her first class: five students, two families. And while the “Brewster” children are documented in other sources, the Harrison children are not. There are no census records, land deeds, or any official documents to support the identity of Charles and Martha as they are depicted in the novel. And so, it clicked. If Laura could fictionalize these people, well, then, so could I. Thus Martha Harrison was lifted from those pages, renamed Mariah, and given a new life and a new story in mine.

Writing Laura’s Shadow allowed me to indulge in a few favorite directions. First, I’m fascinated with the idea of extreme longevity (showcased in my novel All for a Song), and creating a character whose lifespan stretches from homesteading to disco was delightful. My Mariah chafes at the romanticized depiction of pioneer life, telling us in her old age that it was really more of a daily struggle for survival. I also enjoyed exploring the family dynamic of four generations of women and how each generation faced the  same battles and fought them so, so differently. Finally—and this is what truly speaks to my fourth-grade self…

You know that Elton John song, “Your Song” with the lyrics, “I hope you don’t mind that I put down in words…” Well, I got to put down in words my lifelong crush on Cap Garland. Sure, Almonzo is great and everything, but I always thought Cap was more exciting. More fun. More…more. Bringing him to life in this book set my old heart racing. My research for this novel took me to De Smet, and to his gravesite, where I spoke this story to his stone. I like to think he’d approve, and I hope all of the Laura fans will join me in this tale and let their imaginations run wild.

For Him and My Family, September 2

Through the Fire Blogs, September 9

For the Love of Literature, September 12

Labor Not in Vain, September 12

To Everything There Is A Season, September 13 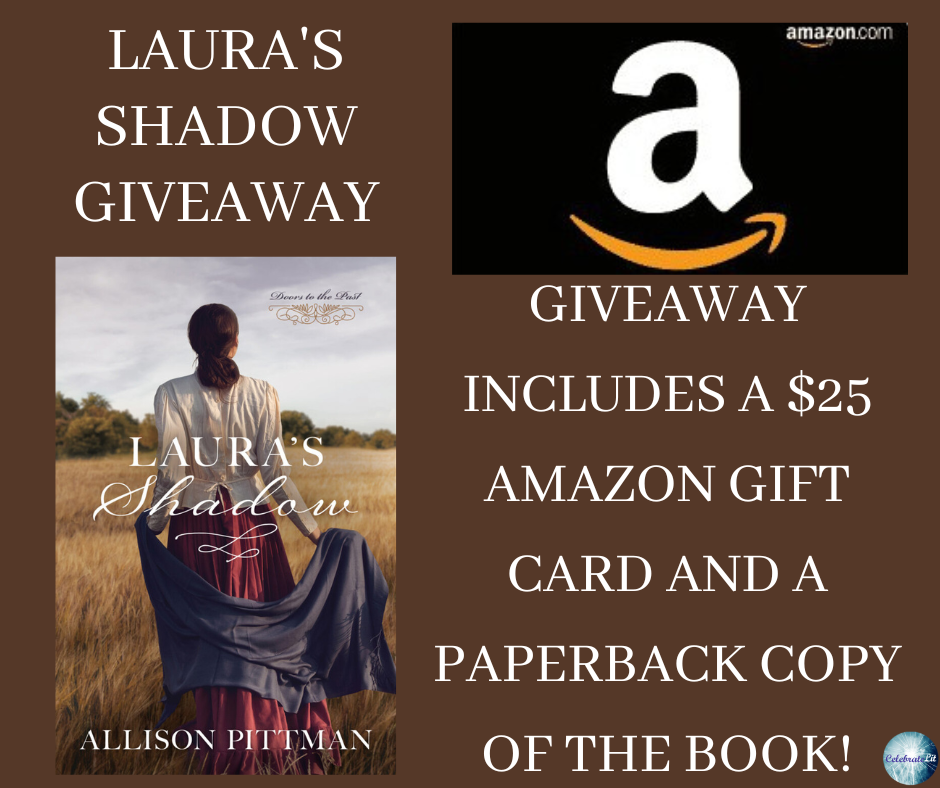 To celebrate her tour, Allison is giving away the grand prize package of a $25 Amazon E-gift card and a copy of the book!!