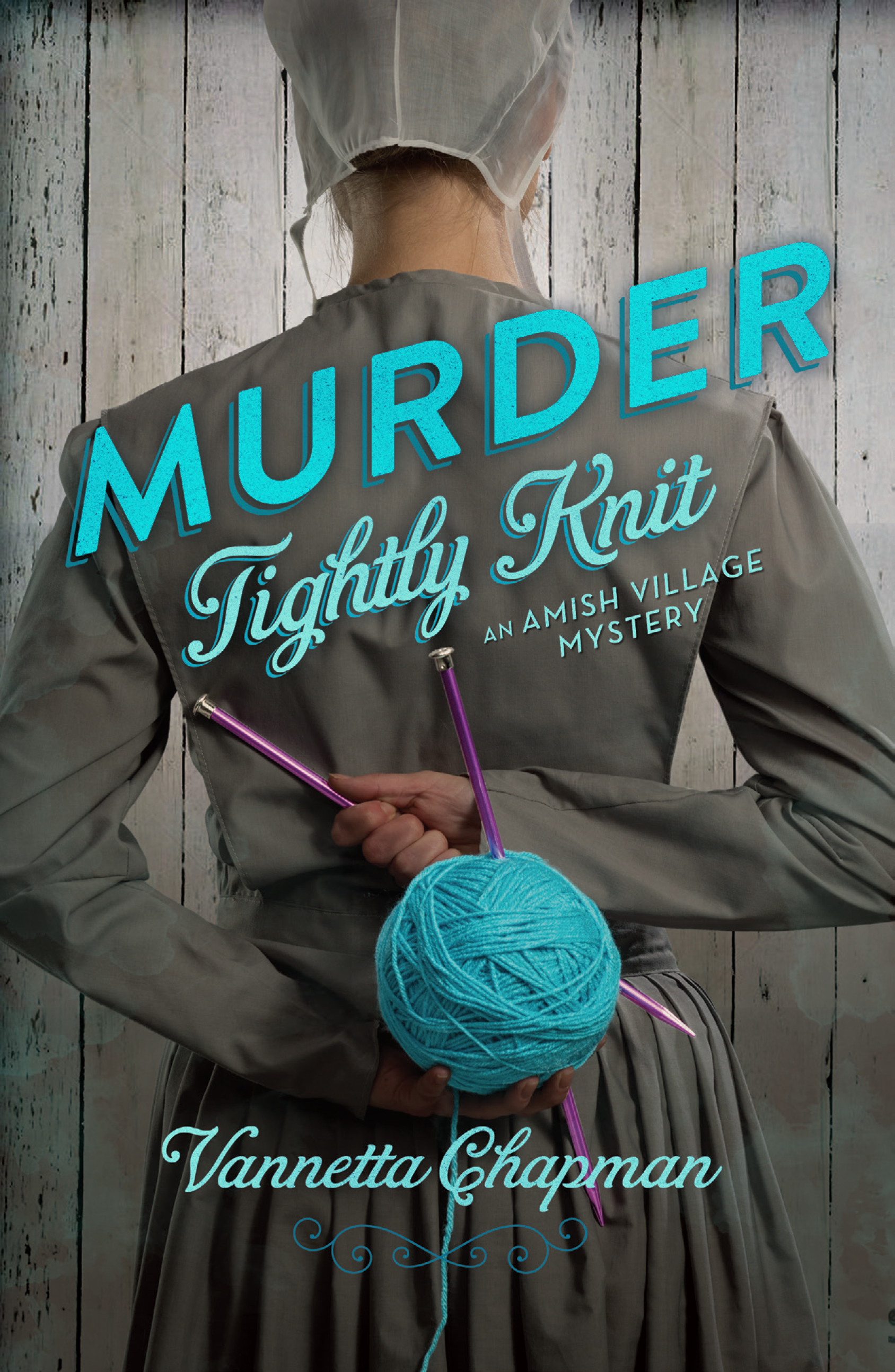 In a town where Amish and Englisch mingle every day, a grisly murder leads to mutual suspicion. Can Amber and Hannah find the killer before fear unravels the community . . . or he strikes again?

Even before she heard of Owen Esch’s death, Hannah Troyer knew something was amiss at The Cat’s Meow yarn shop. The store has been closing at odd times, the ever-dependable Mary isn’t always at her post . . . and an Englisch man has been seen loitering around back.

Now, as leaves of brown, gold, and orange blanket Middlebury, Indiana, Owen lies dead on the Pumpkinvine Trail. The only clues to the murderer’s identity point in two very different directions—one of them leading right to The Cat’s Meow.

The police call in a federal investigator, but Hannah and Village manager Amber Bowman are in no mood to wait for them to figure out what they already know—that no one from the Amish Village could have killed Owen Esch.

Amber and Hannah will need to work quickly to solve the murder mystery and bring harmony back to the Amish community.

Murder Tightly Knit has all the makings of a good book: Romance, suspense, mystery and a great setting.  Vannetta goes back to a cute Amish village setting that was in her first novel.  It was wonderful to visit the characters once again to see how they are faring.

Vannetta starts the book right off with the murder. What makes the book so interesting is the snippets she adds from the killer’s point of view.  The book twists and turns and has you holding your breath in several places.  Most of her characters are interesting, if not a little bit eccentric, and she merges them beautifully.  Although there are a couple of characters you will want to scream at – the tension always makes for an interesting read.

Vannetta creates such a unique blend by using both Amish and English characters.  She includes many interesting bits about the Amish to make her story authentic.  The reader will see she has spent time researching this book and did not just throw it together. It will be a story that captivates, draws you in, and leaves you with a smile on your face!

I would give this book 4 out of 5 stars.

Murder Tightly Knit is an Amish Christian romance/suspense novel written by Vannetta Chapman and published by Zondervan Publishing. It was released on December 16, 2014.  Murder Tightly Knit can be purchased through Amazon for $15.99 in print or $7.99 for the e-book.

Vannetta Chapman is the author of the best-selling novel A Simple Amish Christmas. She has published over one hundred articles in Christian family magazines, receiving over two dozen awards from Romance Writers of America chapter groups. In 2012 she was awarded a Carol Award for Falling to Pieces. She discovered her love for the Amish while researching her grandfather’s birthplace of Albion, Pennsylvania.  Visit Vannetta’s webiste: www.vannettachapman.com  Twitter: @VannettaChapman  Facebook: VannettaChapmanBooks

Would you like to win a copy of Vannetta Chapman’s Murder Tightly Knit? Follow me on facebook.com/simpleharvestreads and leave a comment below answering the question: Several of Vannetta’s characters are managers – either of a specific shop or of the entire village.  What do you think makes a good manager? Giveaway ends Sunday, Feb 22 at midnight PST.  Be sure to come back Monday to see if you won!