Book: The Thief of Lanwyn Manor 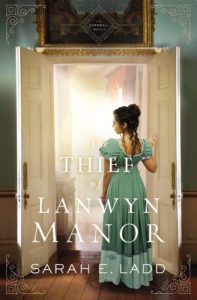 In this sweet Regency romance, Julia knows Matthew Blake, copper mine owner and very eligible bachelor, is the gentleman she should set her eyes upon. But why can’t she steal her gaze away from his younger brother, Isaac?

Cornwall, England 1818—Julia Twethewey needs a diversion to mend her broken heart, so when her cousin invites her to Lanwyn Manor, Julia eagerly accepts. Lanwyn Manor is at the heart of Cornwall’s mining industry, and as a guest Julia is swept into its intricate world. It’s not long, though, before she realizes something dark lurks in the home’s ancient halls.

As a respected mine owner’s younger son, Isaac Blake is determined to keep his late father’s legacy alive through the family business, despite his brother’s careless attitude. In order to save their livelihood—and the livelihood of those around them—the brothers approach the master of Lanwyn Manor with plans to bolster the floundering local industry. Isaac can’t deny his attraction to the man’s charming niece, but his brother has made his intentions to court the lovely guest clear. And Isaac knows his place.

When tragedy strikes, mysteries arise, and items go missing, Julia and Isaac find they are pulled together in a swirl of strange circumstances, but despite their own best efforts to bow to social expectations, their hearts aren’t so keen to surrender.

Sarah Ladd’s books never disappoint. The author has a way of drawing the reader into Regency era England with its unique history, sights, sounds, tastes, and events. This plot is driven by beautifully sketched characters and has a bit of underlying gothic mystery and suspense to keep it moving at a nice pace. The story takes place in a copper mining town and it was a pleasant boost to my knowledge base of early 1800 England since I know nothing about the mining history there. This is book 2 in The Cornwall Novels series but can be read as a stand-alone. If you enjoy historical romance (especially those set in Regency era), you will love this book.
Julia is a forthright, loyal young woman who comes to Lanwyn Manor to help her cousin during her pregnancy. Isaac is a hard-working mine captain – faithful, loyal, quiet but mature with a deeply-feeling soul. Julia has a past she wants to run from and Isaac feels restless while trying to find his place in the world. Thievery, anonymous threats, betrayal, and mine accidents all converge to give both Isaac and Julia a chance for freedom in love and a sense of worth.
I received a copy of the book from Thomas Nelson via Celebrate Lit Tours and was under no obligation to post a positive review. All comments and opinions are solely my own. 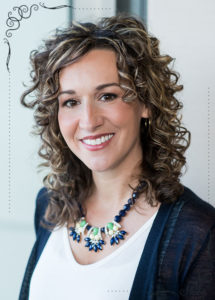 Sarah E. Ladd received the 2011 Genesis Award in historical romance for The Heiress of Winterwood. She is a graduate of Ball State University and has more than ten years of marketing experience. Sarah lives in Indiana with her amazing family and spunky golden retriever. Visit her online at SarahLadd.com; Facebook: SarahLaddAuthor; Twitter: @SarahLaddAuthor.

Click here to read an excerpt from the book.

For Him and My Family, January 14

For the Love of Literature, January 15

Through the Fire Blogs, January 16

The Meanderings of a Bookworm, January 17

She Lives to Read, January 22

My Precious Bits and Musings, January 24