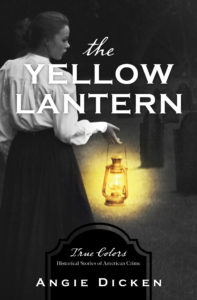 In Massachusetts in 1824, Josephine Clayton awakes on the table of the doctor she’s assisted all these months. She was presumed dead by all and has become the doctor’s next corpse for his medical research. Frightened, the doctor tries to kill her, but Josephine begs to be spared. A deal is struck—Josie will leave her village and work at a distant cotton mill. All the while, she’ll await her true mission—posing as a mourner to help his body snatcher procure her replacement. At the mill though, Josie is praised for her medical remedies among the mill girls, gaining attention from the handsome factory manager Braham Taylor. Yet, when Braham’s own loved one becomes the prey for the next grave robbing, Josie must make a choice that could put her dark past behind her or steal away the promise of any future at all.

What price will Josie pay for love when her secrets begin to unravel?

“How he’d wish that some of those yesterdays would stop creeping into his todays…”
This is the first book by Angie Dicken I have read. It is well-written with a fascinating premise, a plot that contains surprises, main characters who have experienced grief and suffering, and faith woven into the characters’ lives. The atmosphere of the story is eerie with a gothic undertone, set in 1824 Massachusetts, as Josephine gets blackmailed into finding fresh graves that can be dug up and the deceased sold to those conducting “scientific research”. She finds work at a cotton mill as she awaits opportunities and meets the factory manager Braham, who has his own past and prejudices to deal with. Darkness hangs over their lives and the lives of those working at the factory as incidents pile up in the village as well as at the factory and the boarding house where the mill girls live. It is interesting to see how facts regarding grave robbing and dangerous conditions of factory work in early 1800s have been incorporated into the plot line. If you enjoy historical fiction with suspense and intrigue, you will enjoy this book.
I was given a copy of the book by Barbour Publishing as well as via Celebrate Lit Tours and was under no obligation to post a positive review. All comments and opinions are solely my own. 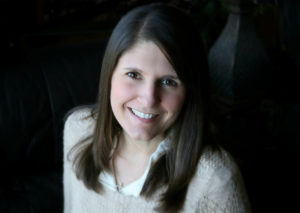 Angie Dicken credits her love of story to reading British literature during life as a military kid in England. Now living in the U.S. heartland, she’s a member of ACFW, sharing about author life with her fellow Alley Cats on The Writer’s Alley blog and Facebook page. Besides writing, she is a busy mom of four and works in Adult Ministry. Angie enjoys eclectic new restaurants, authentic conversation with friends, and date nights with her Texas Aggie husband. Connect with her online at www.angiedicken.com.

Barbour’s True Colors Crime concept intrigued me from the very beginning. Being the daughter of a doctor and discovering the ties of grave robbing to the early medical profession, I was excited to dive deep into 19th century Massachusetts. Grave robbing around Boston and New York was often employed by doctors desperate for medical advancement. Men and women were both involved in the procuring of bodies for doctors. Finding these accounts led me to take took a look at the current medical remedies of the time—tinctures, elixirs, and herbal concoctions. My heroine was created in the tension of a desire to heal and the desperation of medical pursuits.

Amidst these medical ties to the historical moment of 1824, something was also shifting among women in rural areas of New England. Many women were employed by newly built cotton mills (Lowell Mill was my inspiration for the fictional Gloughton Mill in The Yellow Lantern). These working opportunities for women offered an escape from their home-bound lives and the rare chance for independence. Of course, with such industrial environments, injuries, and sometimes death, would occur. Noting the accounts of these kind of fatalities in historical articles, my research came full circle.

I found three strong threads to weave into my grave-robbing story—desperate doctors in need of research, a doctor’s assistant needing an escape from her village, and a mill, not only offering that escape, but the chance at bodies for the desperate medical community.

My heroine, Josie Clay, found life in the tangle of these threads of mills, medicine, and grave robbing—all playing out within the pages of The Yellow Lantern.

Spoken from the Heart, August 18

Through the Fire Blogs, August 19

For the Love of Literature, August 20

For Him and My Family, August 24

To celebrate her tour, Angie is giving away a grand prize package of a $25 Amazon gift card and a paperback copy of each of the books in the series!!